It's Just Another New Years Eve

***Lyrics from a song by Barry Manilow***

Well, so far I haven't failed my NYR (New Year's Resolution for those who are acronym challenged). Although it's not actually the new year....semantics.

After my complaints about 2009 in yesterday's post, I came across a post today by Brett Battles at Murderati . In it, Brett talks about the good things he came away with during the year. Like most of the posts at Murderati, it got me thinking. Unfortunately I can't think of anything about 2009 to be thankful for, but in his post, Brett mentions how nervous they are about his son making the transition to high school in the fall. His son has Down Syndrome.

In today's day and age you can't help but worry about your children and how they'll handle moving from one stage of life to the next, especially if they're handicapped. My daughter is handicapped. She has Cerebral Palsy, Scoliosis and Type One Diabetes. Her CP isn't as severe as some, she's ambulatory (meaning she can walk, no wheelchair or assistance needed). She's smart as a whip...an A/B student and takes regular classes, although some are c0-taught. She has difficulty speaking (because of a tongue thrust) and she has difficulty with her gross and fine motor skills (she needs assistance getting dressed sometimes and brushing her hair). But, the thing about Manda that touches everyone she meets is that, she doesn't think of herself as handicapped (and she doesn't like the lable). She's always ready to greet you with a smile. She's happy and friendly to everyone she meets (although she can instantly dislike someone if they're rude or mean).

She's a typical teenager-- goes to the mall, hangs out with friends, chats on Facebook and even has a job as an usher at the local movie theater. She's a senior in high school and is planning to attend the Art Institute in Arizona this fall, to be a pastry chef.

Like any normal teenager, she has goals and a plan of what she wants to do with her life. As her parent, it's my responsiblity to make sure her goals are realistic (like, sorry baby, you can't be a ballerina or a singer--although she has great tone). I've always tried not to shield her from too much, because I know how cruel the world can be and over the course of her life we've been very lucky in that she has never had any problems with bullies. Of course that could also be because from day one in kindergarten I made a point to be at her school regularly and scare the bejeezus out of anyone who dared look at her cross-eyed. haha

Even today there are a lot of kids in her class who will go out of their way to make sure she is protected and that no one bothers her. It says a lot about society and how we've changed from calling the children with handicaps "freaks" to saying they have "special needs" and treating them as equals.

So, if I have to say something good about 2009 it will be that even with the diagnosis of Type One Diabetes and knowing she will be insulin dependant for the rest of her life, Manda stayed strong and focused, she took the punch and got up, dusted herself off and continued to live.

She never let the CP define her and she doesn't let the diabetes. She's going to make her mark in the world and I can't wait to see what she does.

Okay, so this post had nothing to do with New Years Eve, but I warned ya yesterday, I'll be rambly. ;-)

Thanks for stopping by
Posted by Terri Molina at 11:19 AM 0 comments

**For those of you who don't usually follow my blogs (here or at MySpace) I tend to title them with a song title or lyrics. =)

Only two days left of 2009 and I can't tell you how glad I am to see it finally end!! It's been such a crappy year altogether! I won't even go into all the horrible things 2009 tossed at us because I try to never dwell on the past, it happened, it's so yesterday, and now you can look at it as a learning experience and move on. Suffice it to say, we survived intact.
Okay, to be honest, a lot of the personal crappiness of 2009 is partly my fault. I let the fact that I haven't had an agent since July 2007 get to me. But, how could I not? I mean, finding an agent (twice) was validation that yeah, I can have a career as a writer, but, unfortunately, that agent didn't deem me worthy enough to stick with me through the ups and downs. She didn't fight hard enough to get my work to an editor and she didn't believe in me enough to know I could give her more work to sell. Initially, when she dumped me, I was pissed off, then depressed, then determined. I sold my novella, the one an editor (now at Simon & Schuster) requested I write and I returned to work on my third novel. Of course my momentum died when 2008 ended and I still didn't have another sale or agent and my e-books sales were practically obsolete.
So, I spent 2009 in a funk...not really writing, getting more and more depressed that, although I was getting requests for fulls on my first book Forget Me Not and I got awesome feedback on my second book Dark Obsession from the amazing author Lauren Baratz-Logstead who totally loved my book (she even did the copy edits) I wasn't getting any offers. The eighteen months of rejections totally killed my spirit and I let the depression fester for so long I completely lost sight of the pot of gold that is writing. I let down my family, my friends and my (limited amount of) fans. And, I'm sorry.
Now I'm not normally one to make a New Years resolution because....I don't know why, I just don't. But this year I'm going to give it a try. So, here goes: 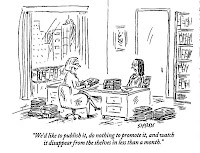 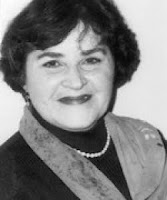 Today I'm honored to introduce to you a very facinating woman. Lucha Corpi.
Lucha is a poet, novelist, and children's book author. As a woman, a Hispanic, an immigrant and a mother, she has always found herself breaking down barriers in both life and literature. Her art has always meant activism.
In 1970, she received a National Endowment for the Arts Creative Writing Fellowship for poems later included in Palabras de mediodia / Noon Words (Fuego de Aztlán Publications, 1980; bilingual edition Arte Público Press, 2001). Her first collection of poems appeared in Fireflight: Three Latin American Poets (Oyes, 1976), and a third poetry collection followed: Variaciones sobre una tempestad / Variations on a Storm (Third Woman Press, 1990).

Chicana detective Gloria Damasco has a ''dark gift,'' an extrasensory prescience that underscores her investigations and compels her to solve numerous cases. This time, the recurring vision haunting her dreams contains two pairs of dark eyes watching her in the night, a phantom horse and rider, and the voice of a woman pleading for help. But most disquieting of all is Gloria's sensation of being trapped underwater, unable to free herself, unable to breathe. When Gloria is asked to help the owners of the Oro Blanco winery in California's Shenandoah Valley, she finds herself on the road to the legendary Gold Country. And she can't help but wonder if the ever-more persistent visions might foreshadow this new case that involves the theft of a family heirloom, a pair of antique diamond and emerald earrings rumored to have belonged to Mexico's Empress Carlota.
Soon Gloria learns that there s more to the case than stolen jewelry.
Mysterious accidents, threatening anonymous notes, the disappearance of a woman believed to be a saint, and a ghost horse thought to have belonged to notorious bandit Joaquin Murrieta are some of the pieces Gloria struggles to fit together.
A woman's gruesome murder and the discovery of a group of young women from Mexico being held against their will in an abandoned house send Gloria on a fateful journey to a Witches' Sabbath to find the final pieces of the puzzle before someone else is killed.
Corpi weaves the rich cultural history of California's Gold Country with a suspenseful mystery in this latest installment in the Gloria Damasco Mystery series.

Find more interesting stories about Lucha at her Red Room Author's Page You can also find her at these sites during her tour.
Death at Solstice Book Tour
Dec 3 Lara Rios Julia Amante Author's thoughts on her previous books
Dec 4 Ana The Sol Within Indept and soul-searching answers
Dec 7 Misa Chasing Heroes Author's seeking Heroes
Dec 8 Monie Reading WithMonie What are her writing achievements
Dec 9 Carol Book-lover Carol Part One: How Series came to be
Dec 10 Tasha Heidenkind's Hideaway Part Two: How Series came to be
Dec 11 Nilki Musings Author writes on her theories of writing
~~~~~~~~~~~~~~~~~~~~~~~~~
Prizes
As you visit each blog on the tour, leave a comment with your email addy and be eligible to win an autograph copy of Death at Solstice.
Also the author is offering a Grand Prize of a set of all her books in the series to the person that visits and leaves a comment and their email addy at the most blogs during the tour.
Posted by Terri Molina at 11:08 PM 13 comments