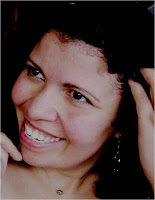 Please help me extend a warm welcome to Anja Delgado.

Thank you so much for hosting me Terri. It’s a pleasure to be here.
It isn’t often that contemporary “chick-lit” concerns itself with research-based, scientific theories of love. For that matter, it isn’t often that Time Magazine delves into the field of romance novels. So when the issue of love and pain pops up in both, within weeks of each other, we might wonders if the apparently shallow topic of romantic heartbreak may not be quietly entering the realm of current events, as relevant to the future of society as the centuries-long, global trade wars.
In an age where people still have safety concerns about having a “potentially-emotional” woman president, my novel “The Heartbreak Pill,” tells the story of a professional in the cusp of her career as a scientist, who loses her bearings in the midst of shocking betrayal. She then uses her knowledge of organic chemistry, and her position as head of research at an upstart drug company, to create a pill that will eliminate the pain of love for all mankind; all while (initially) sidestepping FDA watchdogs and using herself as a guinea pig.
Notwithstanding the literate humor of this debut novel’s ensuing Dr. Jekyll & Mr. Hyde scenario, or the irony and the surprising depth of the heroine’s arguments for her actions, the fact that it’s not a fantasy or sci-fi novel, presupposes that this premise is actually possible and, even more controversially, that it is needed.
I believe it’s absolutely possible. There’s a fantastic amount of scientific proof, readily available in everything from popular magazines to scientific journals to prove that love is indeed in our brains and that we could, and should, at least attempt having a say in what it does to us. In fact, the nature and depth of a person’s love for someone can already be confirmed by viewing the changes caused by the direct correlation between feeling and the chemical imbalances of certain substances in our brains. These are the substances that Erika is wreaking havoc with in the novel.
When I talk about scientific proof, I'm referring to modern-day love doyenne, Helen Fisher, a Rutgers University Anthropologist who’s written books such as “Anatomy of Love” and “Why We Love” to both critical and popular acclaim. According to Fisher, “perhaps no single phrase in all of literature so clearly captures the essence of passionate romantic love (better than): a state of need.” Fisher, who has conducted wide-ranging studies on humans over a period of time using advanced brain-scan machines such as FMRIs, writes "that human need for emotional union with their beloved is so intense that it is capable of blurring the lover’s sense of self.”
But, getting back to the quest at the… uh, heart, of “The Heartbreak Pill,” how lofty a goal is eliminating growth-inducing heartbreak?
We’re playing with fire when we say to people, ‘you’ll get over him or her.” It’s one thing to eat like a pig or make prank calls after a breakup. It’s another to suppose that that’s the extent of how deep it can cut. We have only to look at the numbers of people killed by previously-stable, non-violent partners, or at the statistics for leading causes of suicide among the widowed and the divorce. These are not all emotionally-immature people losing their minds all of a sudden. There’s something going on in their brains. Something they’re unable to deal with. That’s the heartbreak Erika’s trying to cure.
Anjanette Delgado is an Emmy award-winning writer and producer with over eighteen years of local and network news experience. She has produced for CNN, NBC, Univision and Telemundo, among others, producing extensive coverage for events such as the 1991 Gulf War, the 1996 Atlanta Olympics, the 9/11 terrorist attacks and the present war with Iraq, which she executive produced for Telemundo in 2003. She won her first Emmy for her human-interest series “Madres en la lejanía,” about the plight of Latino mothers who leave their own children behind and come to the United States to work illegally... as nannies.
THE HEART ♥ BREAK PILL

Erika Luna is a thirty-something scientist living and working in Miami. When her husband of seven years; the very successful, very smart, very good-looking, founding partner of one of Miami’s most successful Public Relations firms falls in lust with another woman, their marriage spirals to hell and Erika’s practical nature leads her down the strangest of paths.
What’s a scientist to do when slapped with pain so deep it interferes with breathing? Try to cure it, of course! This is the premise of Emmy award-winning writer and producer Anjanette Delgado’s delightfully funny and touchingly poignant debut novel, THE HEARTBREAK PILL (Atria Books; April 2008).
To learn even more facinating things about Anja, you can find her at her website: www.anjanettedelgado.com
Anja will be stopping in all day to answer your questions, so please feel free to ask her anything. Also, while Anja continues her tour, all who leave a comment will be placed in a drawing to win a copy of her other works.
To find Anja’s other stops, check the list below.
Heartbreak Pill Book Tour

Posted by Terri Molina at 8:03 AM 8 comments

Celebrating Veteran's Day and a Shout Out to the Spouses

When I was a kid all I cared about when Veteran's Day rolled around was--NO SCHOOL!! During that time the Vietnam War was going on, but because we didn't watch TV (or the news) and didn't know anyone in the service, what I heard about the war I heard after the fact--when it ended and our town was one of the many on the gulf coast saturated with refugees looking for a new life.

Many people don't know this, but the Coast Guard has been around for over two hundred years and was founded by Alexander Hamilton, who was a founding father and the first secretary of treasury....okay, he's that scary looking guy on the $10 bill. Although founded in 1790 they didn't become part of the Armed Forces until 1915.

Anyway, while thoughts and prayers go out to the men and women giving their lives to the service, no one really thinks about what their spouses and families go through. The separation anxiety is just as hard if not more difficult, and when the children are small and don't quite understand it's up to the single parent to keep them feeling safe and leading a "normal" life. And it's even harder on both parents when the military spouse comes home and is a stranger to his/her children. This actually hit home for me when we were stationed on a small island in Alaska. We only had two children at the time, Adam-6 and Amanda-1. Matt had been gone for a month, their cutter had to go to the 'yards' which was in Ketchican--a whole other island away from our island, and when he came home our daughter was totally scared of him. In fact, one night I went to meet with some other wives and left the kids with Matt. During the night Amanda was about to get into some mischief and Matt told her "no". The kid totally freaked out and ran to her big brother, clinging to him for dear life. Adam thought it was amusing and got to play protective big brother while it took my husband the rest of the night to convince his daughter he wasn't going to harm her. They say it takes a strong person to be married to someone in the military, I think we passed that test in Alaska.

Though my husband spent almost all of his twenty year career on land, aside from the two years in Alaska (where he was gone 70% of the time) we were only separated one other time before he retired in 2000. He had to spend his final year at a station in Raymondville while the kids and I lived in Port Arthur--long story short, we'd bought a house in PA because he was supposed to finish his term there but then got send to Raymondville. Finances and no housing forced the kids and I to move back home while Matt finished out his tour.)

Anyway, when he retired (which was pretty uneventful, although we had a big party at our home in Port Arthur) I received a letter of accomendation from the President thanking me for my service to our country as well. Pretty Cool, huh? I have to admit, getting that letter really surprised me, I mean, I didn't think I did anything special. And maybe I did, maybe I didn't but I do know it's true: it takes a strong person to be married to a career military man and I'll add, anyone in law enforcement.

So, while you're out celebrating our vets, take the time to thank their families as well.

Give your Shout Outs here!

I'll start: Jennifer Ratcliff and her two children Coral and Thomas!! Thank you for sticking by your man, (Ret.) Senior Chief Bryon Ratcliff! ;-)